Sunday, May 13, 2018 was Mother’s Day, but it was also the 3rd game of the 2018 “Crosstown Classic”, a series of baseball games played between the Chicago Cubs and Chicago White Sox. Check out the views+shoes from moms, children, Sox fans and Cubs fans at Wrigley Field. 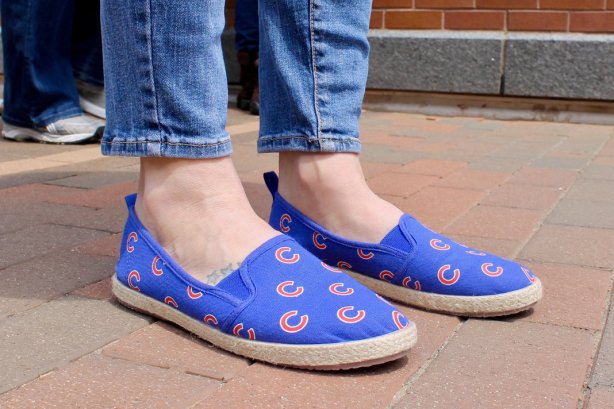 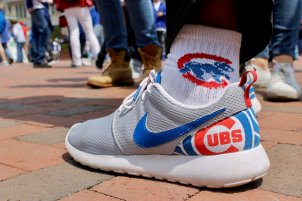 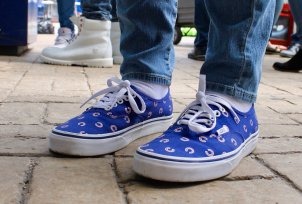 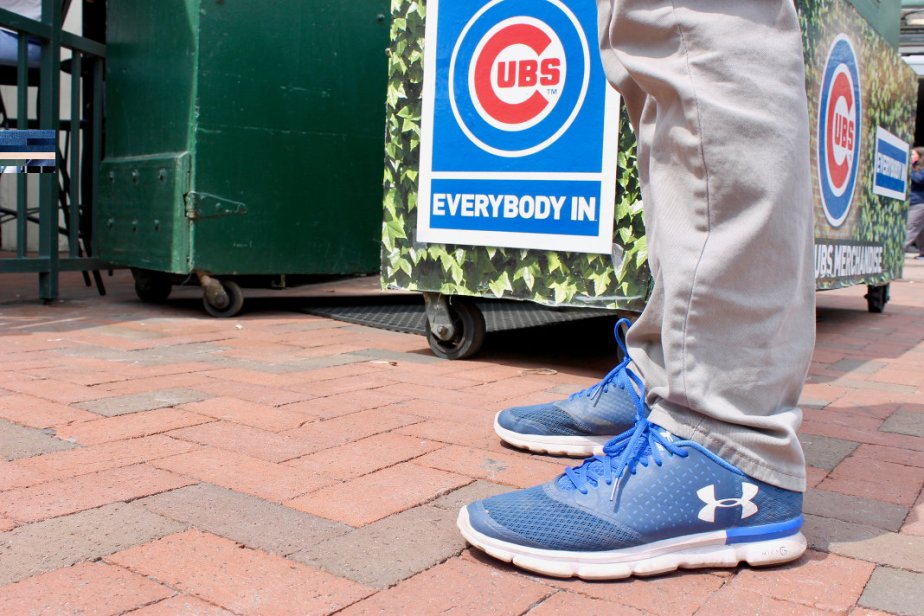 “You’d learn to be conscious of the impact of your actions even if your intent was good. I work in a high school so when a girl I was dating told me about shady things going on at her school I thought she should blow the whistle. She felt disrespected because she didn’t think it was that big of a deal and was feeling that I was judging her character. That argument happened on my birthday and was a big reason we’re no longer dating. I’m waiting for my friend and our moms, we usually do stuff together on Mothers’ Day and this game just happened to be today. I love the “Crosstown Classic” for the back and forth jabbing between fans.” -Adam 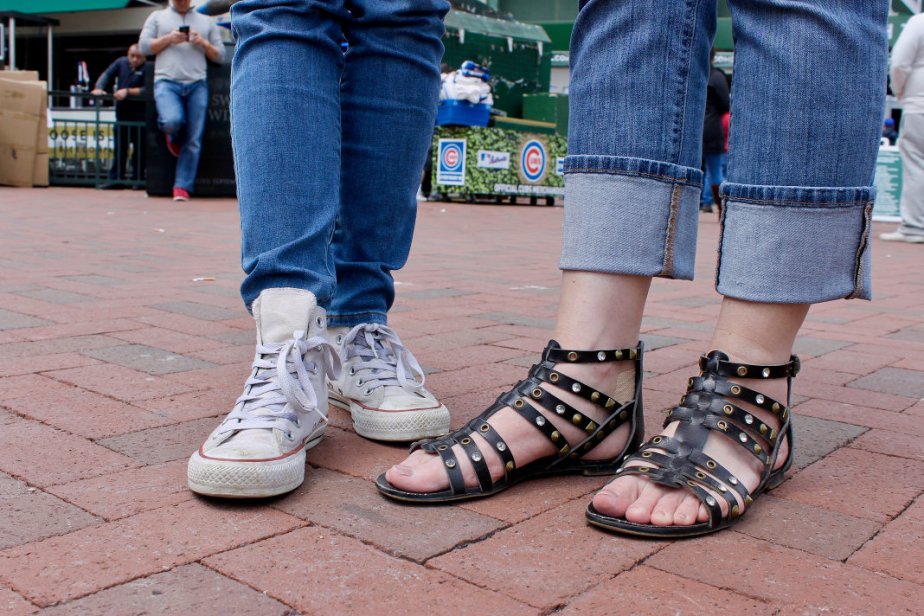 “Coming to Cubs games is great mother-daughter bonding. We come whenever we can.” -Grace & Ruth 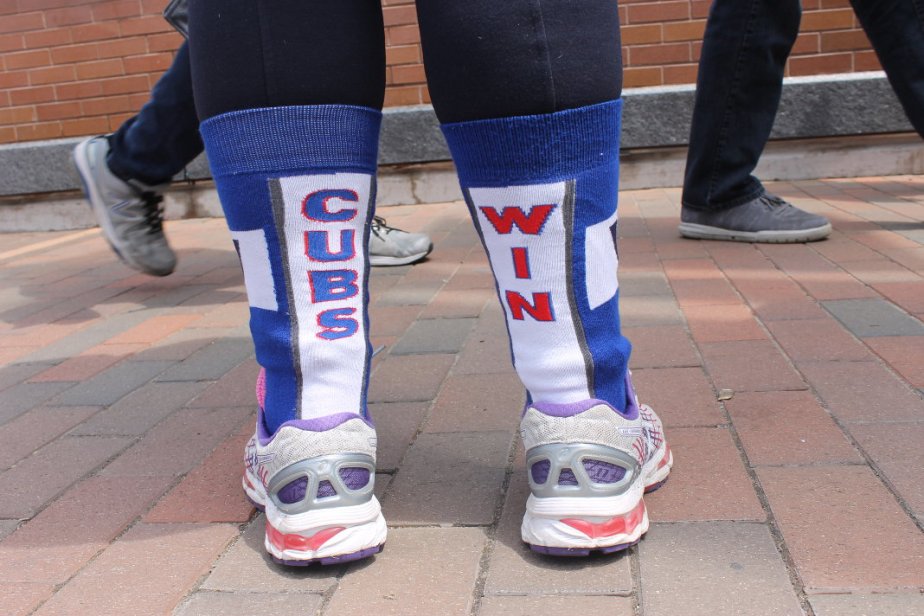 “As a Cubs fan you’d learn to be prepared for whatever. I’ve been coming to games since July 1972, I was 12. My favorite memory was either my first game or the World Series win. But there’s been a lot of joy and heartbreak in between.” -Anita 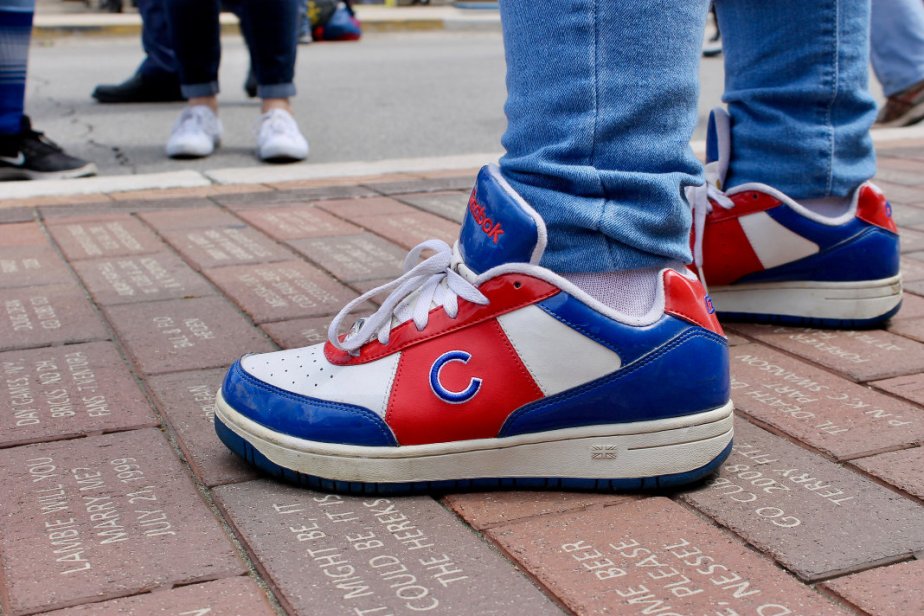 “Days like today involve a lot of liquor. The second best part is watching the Cubs smash the Sox.” -Michelle 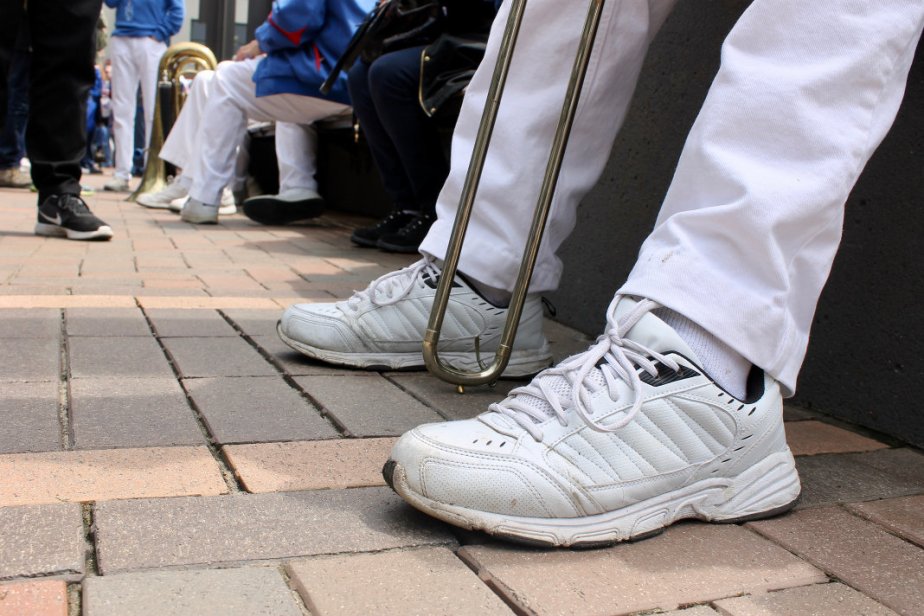 “Life without music isn’t worth living. I play jazz and it makes people happy. I’ve been part of the Cubs Quintet for 22 years, but the group has been around for 36 years. We used to play all over the stadium at every home game. Now there’s so much in-game entertainment, we only come to select games and play for a couple of innings.” -Tom 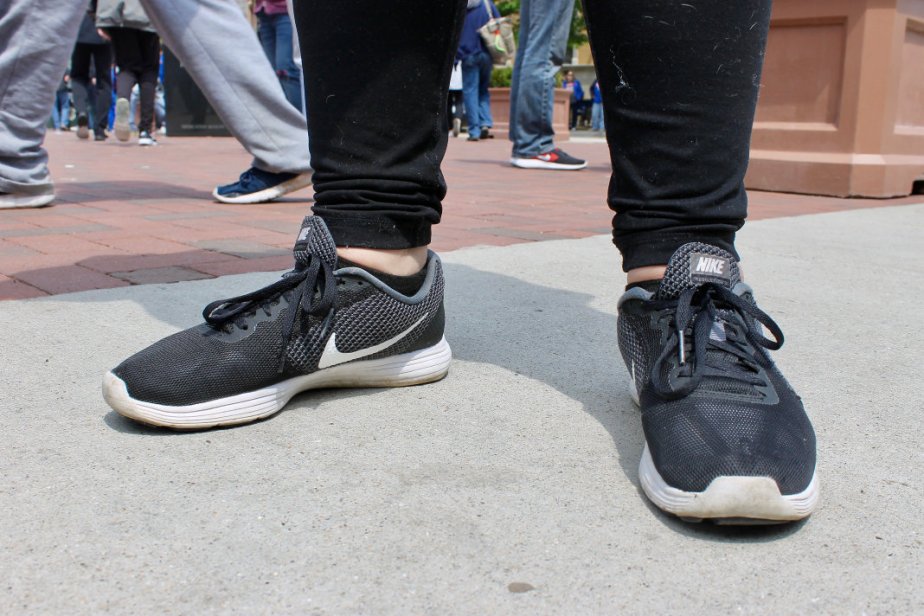 “You’d learn patience. I run an air duct cleaning company, and most clients don’t know much about what we do. The other hard thing is working out a bunch of different schedules. People will say, “I’m flexible, what’s good for you?” and then I’ll suggest times, but then they’re unavailable. It’s like they want me to read their minds.

We’re a house divided. My side of the family are Sox fans and my husband’s family are Cubs fans. They trash talk us all the time, especially this weekend (the Cubs won on Friday and Saturday). We have another chance later this year, but it probably won’t happen.” -Tanya 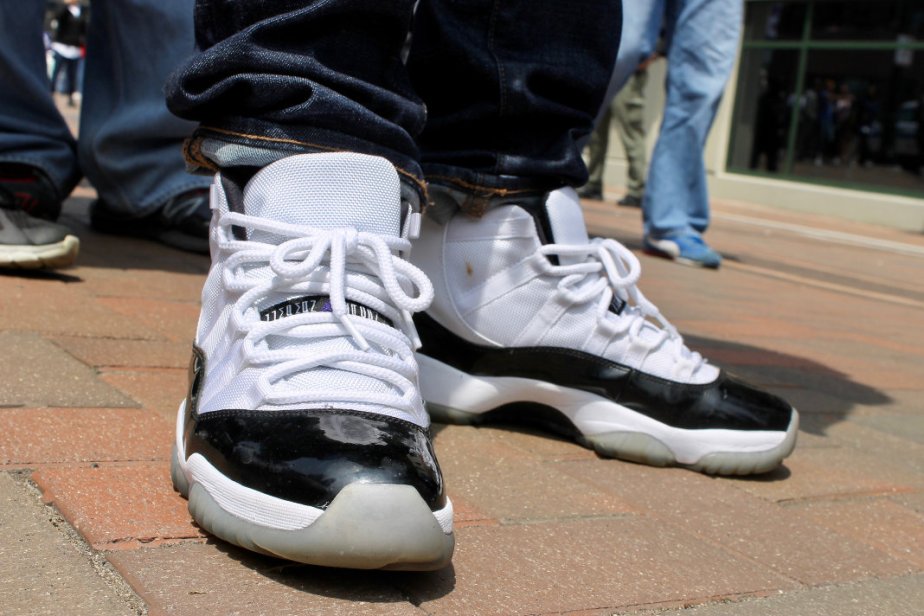 “As the finance manager at a car dealership, you interact with all different types of people. It’s amazing how people will tell me everything about their life within the few minutes it takes to fill out the paperwork.

I love being a Sox fan here because we’re coming from the bottom. The underdog gets paid!” -Bobby 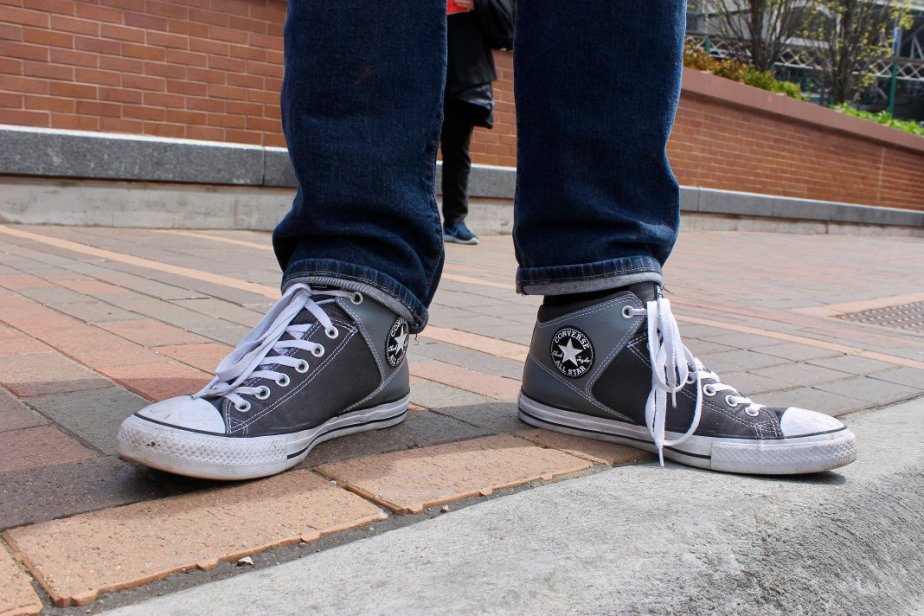 “You’d learn endurance, I deal with a lot of stress and chaos. I just became a landlord and I’m taking care of my ill father.

I go to Cubs games to party, but I’m at the Sox games for baseball. My favorite memory here was getting kicked out of Wrigley during one of the Crosstown games the Sox won. I’m not trying to get kicked out today though, my mother is with me.” -Don 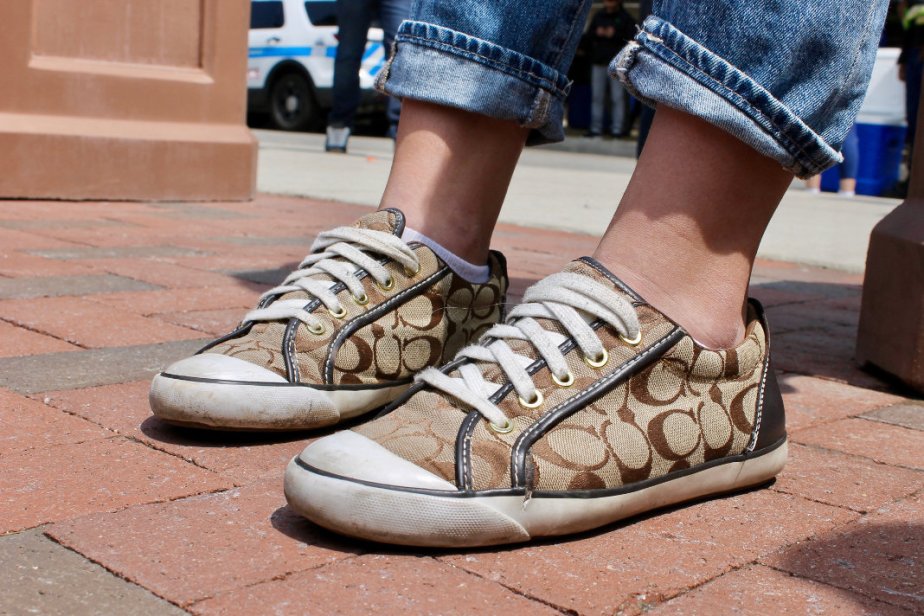 “I’m very stressed out! I’m graduating next weekend and I don’t know what I’m doing next. I’m going through a couple interview processes for Outside magazine in New Mexico and a minor league baseball team in Florida. I love sports and would love to work behind the scenes doing video production somewhere is sports media, but I’m trying to be open. I enjoy being outside, so I’ll take whatever offer I can get. I’m not even a Cubs fan, I’m from St. Louis. I’m here at the game trying not to think about life.” -Abby 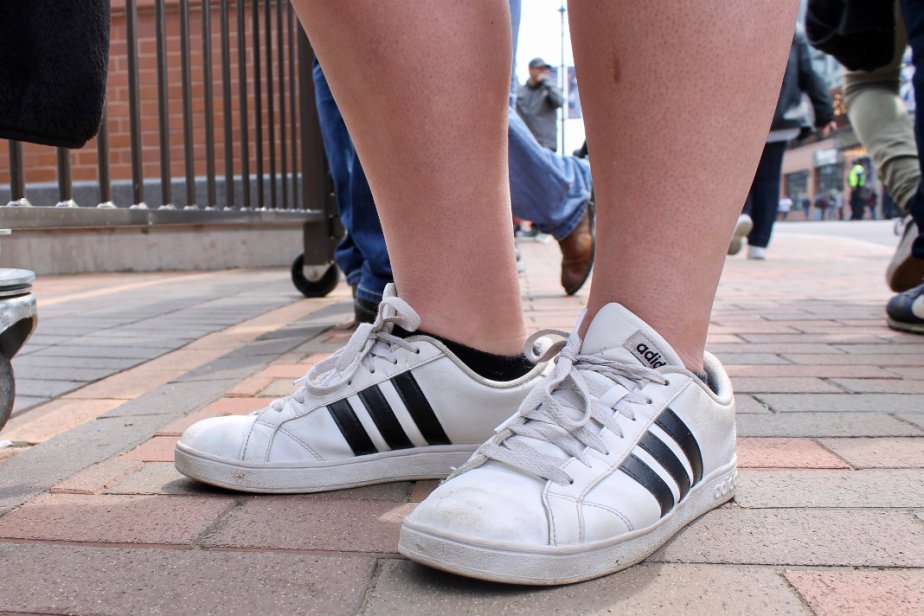 “Life is what you make it. You have to invest in yourself and keep a positive mindset. I graduated high school in 3 years, so I started college at 17. It was really intimidating, but I made it! I’m going to law school!

I’m just another person in Wrigleyville. From my perspective, Chicago is our team. We’re not rivals, we’re all just here enjoying the game.” -Dana